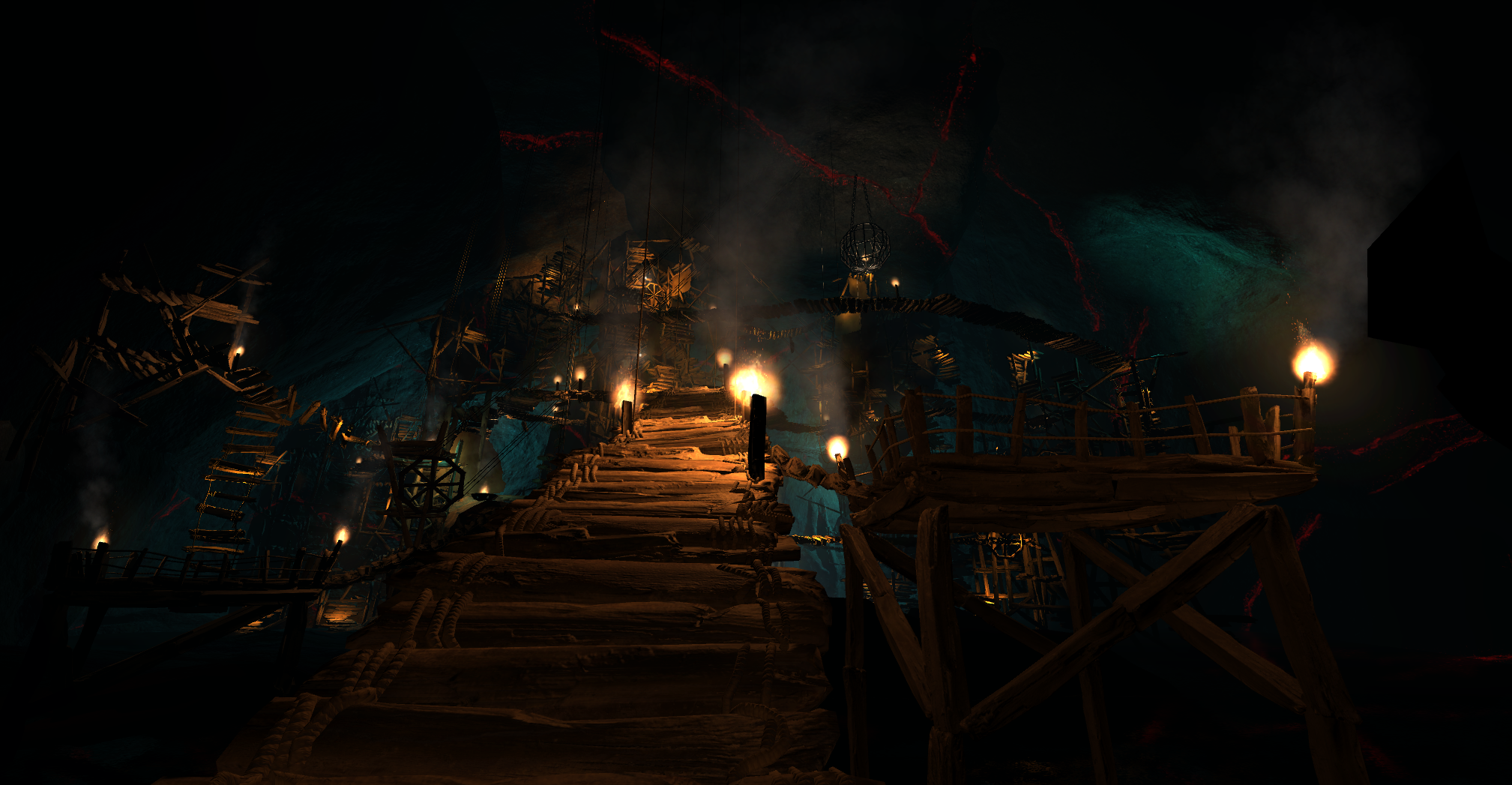 MotuProprio’s Cave System was one of the earlier PBR assets added to the asset store after the launch of Unity 5 (2015). While art is subjective, this is one of my favorite looking cave systems on the asset store – so long as it fits with your style. Despite being two years old, it still holds up well – but it is not without it’s faults.

The asset includes two sets of 4k rock textures that look nice in darker environments, and give a realistic “rough” feeling to the walls. The asset includes prefabs for 14 cave pieces including a second LOD and appropriate normal/occlusion/collision mapping. Tinkering with the occlusion settings I was able to get decent performance in the provided scenes.  These cave pieces, as well as included props are detailed fairly thoroughly on the asset store page images. 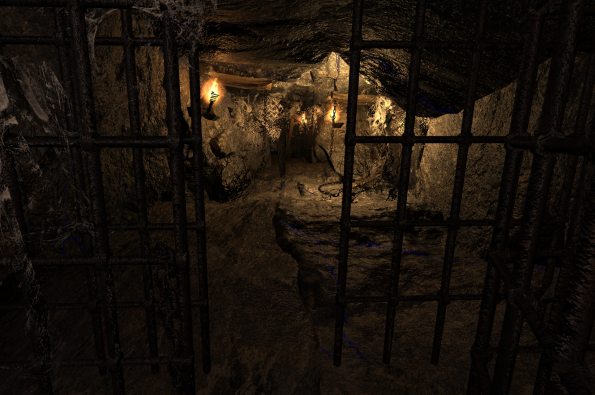 The remaining images are taken with a strong white ambient light to help us see what everything actually looks like – while the dark atmosphere can be great in games, it can make it a bit hard to see while in the Unity editor. The original texture set (below) actually holds up fairly well even with brighter lighting – but there are some visible black spots caused by holes in the prefabs  – more on that later. 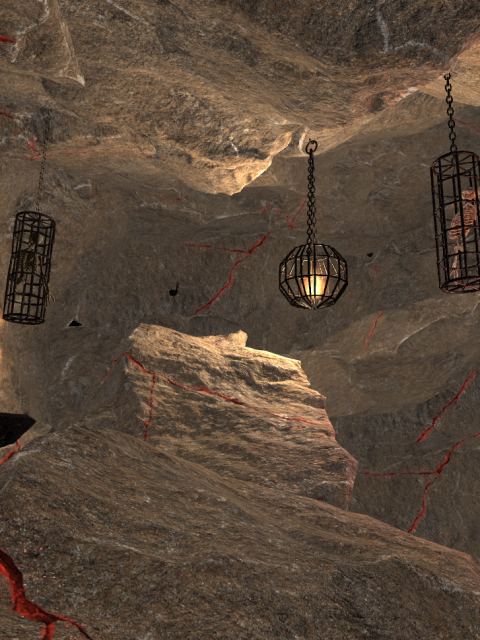 Some basic re-texturing shouldn’t be difficult – I was able to apply a few of the textures included with the Surforge re-texturing tool fairly easily. There is quite a bit of UV overlap, so don’t expect it to play nice with all of Surforges tools. Additionally, if you want to keep the emissions you will have to replicate the “cracks” drawn into the original textures.

In addition to the standard rock formations one would expect from a cave system, this package includes a few other 3D models:

All of the included accessories match each other stylistically, and provide a good start to creating customized caves. Oddly enough, it seems most of them don’t include collision meshes – but should be simple enough to use basic shapes. Several of the atrium style  cave parts include plenty of space to add content to, while some of the caverns might be a little small for combat or heavy action.

There are a few tools included with the package as well, including a script to control the pulsing of emissive cracks in the cave walls. While it would have been nice to see the color as a parameter that could be changed from the editor, only a small modification to the code was needed to access the color via the editor – adding a public color variable and replacing the two instances of “Color.red” with the new color variable. An example of changing it to blue: 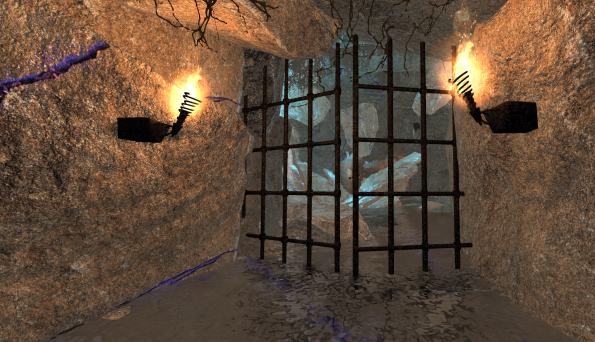 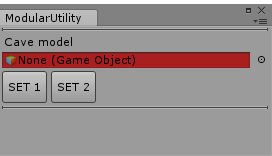 A few handy scripts are included as well to manage small things like opening doors, moving platforms, and an especially handy tool to switch between texture sets:

Each prefab also has a diamond shaped pink mesh attached to it which is useful for vertex snapping (hold V by default with the transform tool selected in Unity), and lets you get pixel perfect alignment with relative ease. 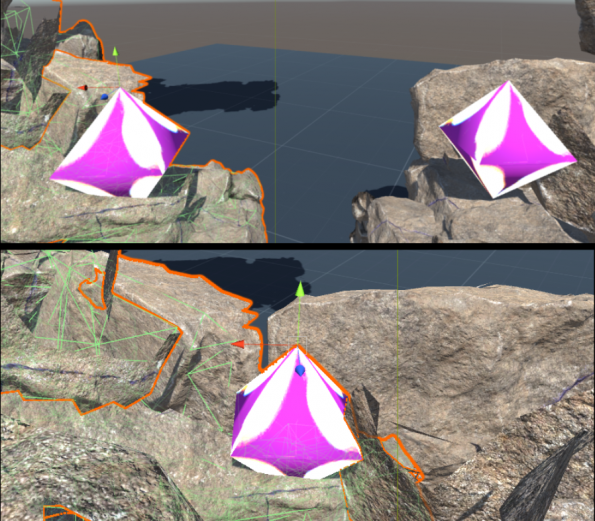 There are a couple minor drawbacks to the package though – but so long as they aren’t surprises they shouldn’t be an issue. Primarily, there are a few holes in the cave meshes that can be problematic if you aren’t using the cave in an entirely dark scene. The holes can be plugged in the prefabs with a bit of work, or can be outright ignored in a dark scene with the camera clearing to black. In my case, I reached out to the developer and he sent me a version with the holes filled very quickly. 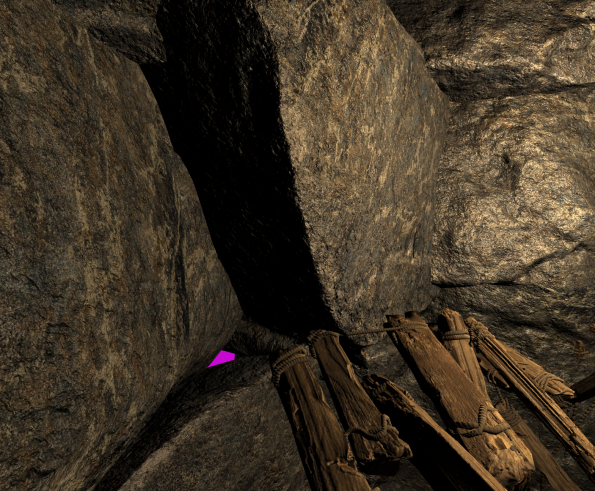 While the performance isn’t the greatest out of the box, but baking occlusion (or using a world streaming asset like SECTR STREAM) should solve most  of the performance issues. The test rig (see details below) was around 60fps at 2560×1440 in the fairly complex included atrium scene.

MotuProprio’s Cave System is not without it’s limitations, but is overall a fantastic “all in one” cave kit. The kit includes enough extras to feasibly be an entire section of a game with little additional environmental assets needed, and even a few basic scripts for moving platforms and the like. With a current asking price of $40 it’s still one of the best cave systems on the store.

Real Ivy by 3Dynamite is an editor extension for generating procedural sprawling meshes.