Devlog 0: What is Jackie & the Crystal? 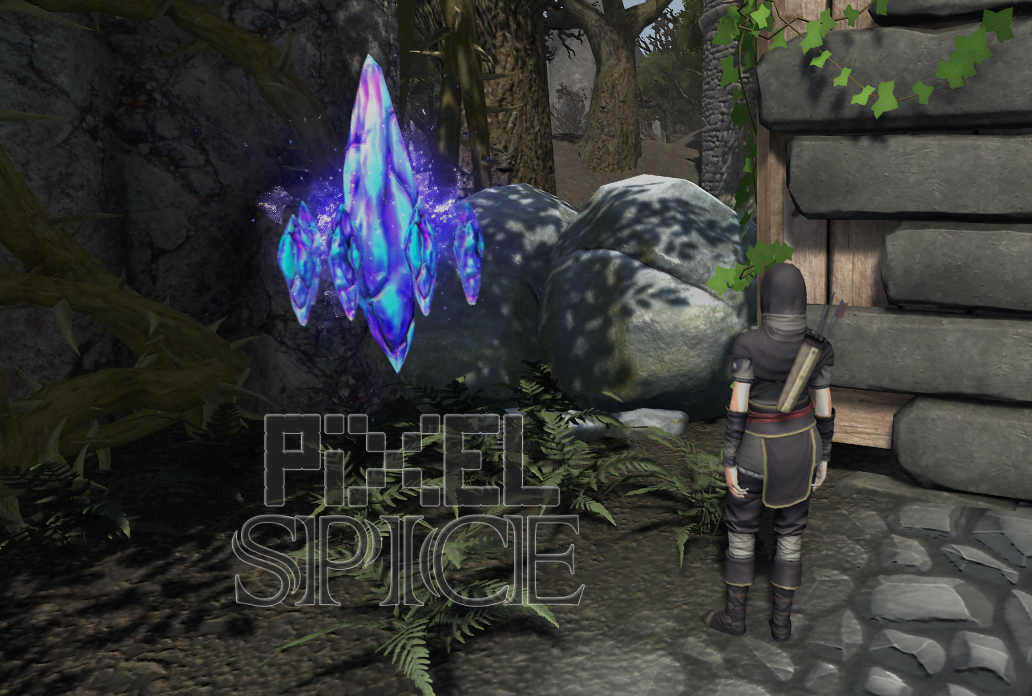 Jackie & the Crystal – an action adventure game originally inspired by The Legend of Zelda: The Ocarina of Time.

Jackie & the Crystal is my passion project – so please don’t get too invested if anything below sounds too interesting or exciting. Currently, PixelSpice Games consists of me, myself, and I – Sammy B. Like many indie developers, I work on my projects when I can. That means fitting dev time in after work, around family, social events, etc. If you want to understand a bit more about me and some personal details about why I’m passionate about the game, keep reading the preface, otherwise skip down to the “Premise” section below.

I’ll keep the about me brief – I’m a hobbyist Unity developer (since 2012) with professional non-gaming coding experience (since 2010).  I have experience in both game jams and my day job with managing and delivering projects, and feel the scope of this game is attainable – it just might take awhile. Unity provides me something different from my day job – it gives me a creative outlet. I’d love to be able to paint wonderful artistic canvases, but that’s not something that’s in me. I am not an artist, and as such I’m currently using a hodgepodge of third party art. While I’m attempting to represent the overall planned art direction – the current art is all placeholder. Actually, anything in this posting about the game could change, so take it with a grain of salt.

Why I’m Making this game:

The Legend of Zelda, the Ocarina of Time (OoT) absolutely blew me away when it came out. Not that surprising – it’s still one of the most well reviewed games ever made. The game really inspired me, and one of my best friends at the time, to be creative. He and I would talk at length about our game “Jaqiro’s Quest”. At it’s core it started out as an OoT clone. It grew and morphed as the years (and games) went by. It was something we bonded over throughout our friendship. Until I left for college and, as is all too common, we grew apart. Late last year, almost a decade later, I learned he recently took his own life.

I’ve always wanted to make the game we talked about – and even though it took awhile I now have the knowledge and tools needed to do just that. I’m making this game not just as a passion for myself, but in his memory as well.

Jackie & the Crystal doesn’t place you as the central character in a grand story. Instead, players find themselves in control of Jackie – a street rat and a thief. While the story does include some common fantasy tropes, you play as a side character in the overall story. In the course of the story the player obtains an artifact from the BBEG (Big Bad Evil Guy) and discovers that she can use the crystal to control time. Using the crystal Jackie can change her choices and alter the world as she knows it. (Sounds a lot like Ocarina of Time, right? I know – bear with me for a bit. Despite the similarities in premise, the crystal actually has very little in common with the Ocarina of Time.)

Like most third person action/adventure games (and Zelda:OoT), the game play will involve light puzzles, progression primarily through gear/item unlocks, small scale combat, and boss fights. Additionally, the crystal allows the character to travel back and forth between segments of the game through time. The resulting storyline is less of a line, and more of a web with choices leading down multiple chains of events. While it’s not final, based on the original concept you can “beat the game” without ever finding or using the crystal. 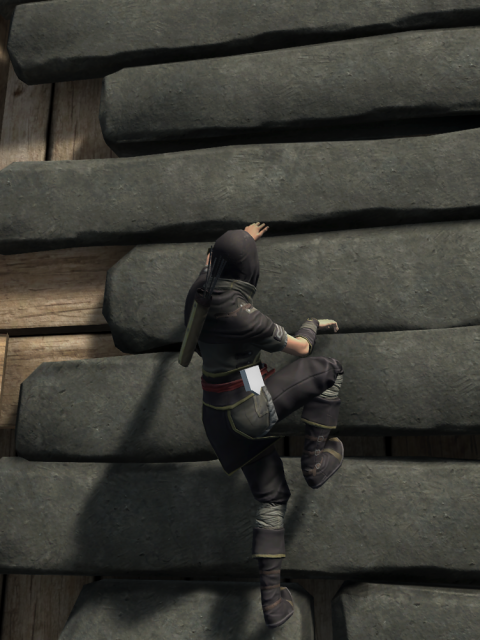 Quite a bit of the game is already prototyped, including most of the primary character abilities – like climbing!

I’ve been developing Jackie & the Crystal since January 2017. As of the end of July the majority of the player and it’s general world interactions are complete. Additionally, a good amount of work has gone into setting up UI and backend systems to support the flow of the game (ie: quests, scene transitions, camera work, all that “general game stuff” nobody thinks about). Probably the most fun things I’ve worked on so far have been dynamic wall climbing and the grappling hook – inspired by the hookshot.

If you managed to actually read all of this, thank you. No really, this project means a lot to me, and it’s nice to think that others will find what I’m working towards interesting. I plan to do Devlogs and updates on this site when I have time, but following me (and bugging me) on Reddit and Twitter is probably better as I’ll try to be active on both those platforms. I hope you enjoyed my first devlog ever – I’ll try to improve on brevity in the future.

Progress on Jackie & the Crystal for the month of September.

Design choices and a few gfycats for the grapple gun, climbing, and inventory systems for Jackie & The Crystal.