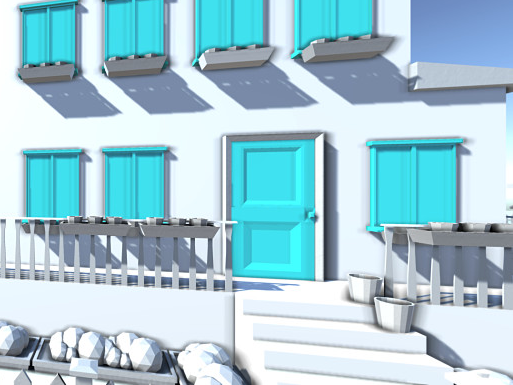 After sharing my Real Ivy review on /r/Unity3d,  Alexander Ameye approached me with his Doors Free asset asking for an honest detailed review.He had a conundrum you see – his asset is free, works as advertised, and still only has a four star rating. Several of the reviews are less than helpful as well. After reading through DevDog’s recent article 5 Ways to Identify if a Unity Asset is Worth Buying, and realizing that this free asset is discounted immediately by step 1 (only 5 star ratings), it seemed like the perfect candidate for a little bit of a deeper dive.

While going through some basic information about the asset (and it’s competitors) I was surprised that this asset also appears to be the only free asset aimed at controlling doors & windows on the asset store. Now, a working door script may not be the most difficult thing to create, but why not save a bit of time if you can, especially for the asking price of free?

Similar to the free SabreCSG modeling tool review I’m going to start with a look at other offerings. Knowing what competitors offer is one of the best ways to avoid implementing and learning a free asset that really doesn’t cover all your needs.

Additionally, some door assets will include their own solution as an example – and that may be all you need. Visual scripting tools like PlayMaker are great for solving simple functionality like doors.

Door setup is simple. Really simple, actually. First, your project needs a “Door” tag. Second, add the “Door” script to your door and make sure it has a collider. Third, add the detector script to your player. Done.

I used UFPS to test the setup process, and the process was actually this simple.

Mainly – the asset is simple, so it’s pretty limited. You get fast setup with minimal fuss, but minimal functionality. You only have basic hinged doors and windows with limited control outside of script modifications. Basic hinged door functions are present – hinge side, opening side, speed, rotation angles, and limited door usage. Pick it up if you want basic doors, or need something for prototyping. There is one minor issue though…

Note: after writing this section, an update was posted on the support thread for the asset boasting, among other things, “Improved compatibility for 3rd party doors”. The below issue may be resolved by this update – pending review for the asset store currently.

While I would like to see more features there is one issue I encountered that might be a deal breaker – it isn’t very compatible with every mesh. While the asset can deal with scaling doors, it appears to expect a certain base size for doors. Certain sized doors have hinges placed improperly, which causes them to swing in unexpected ways: 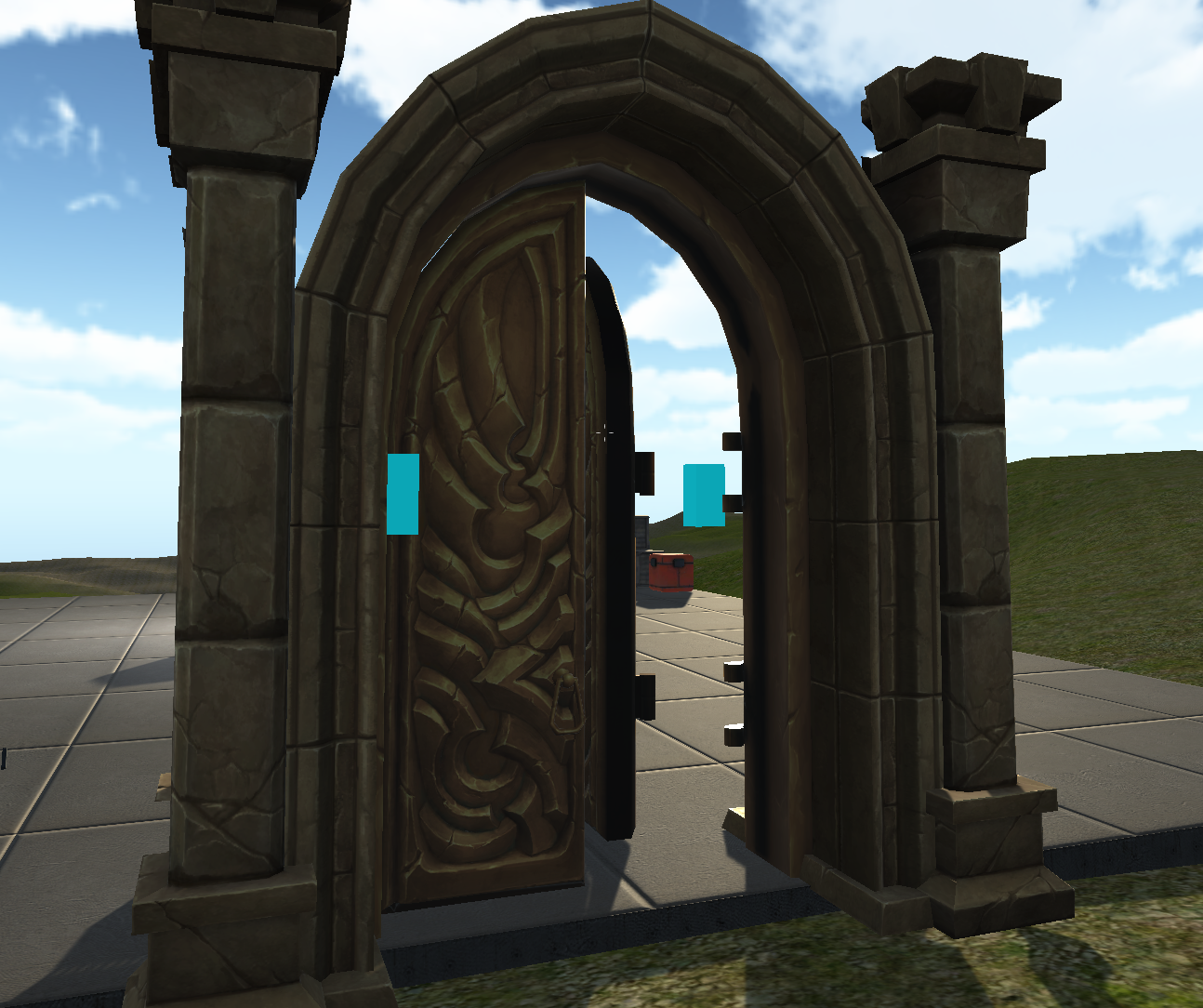 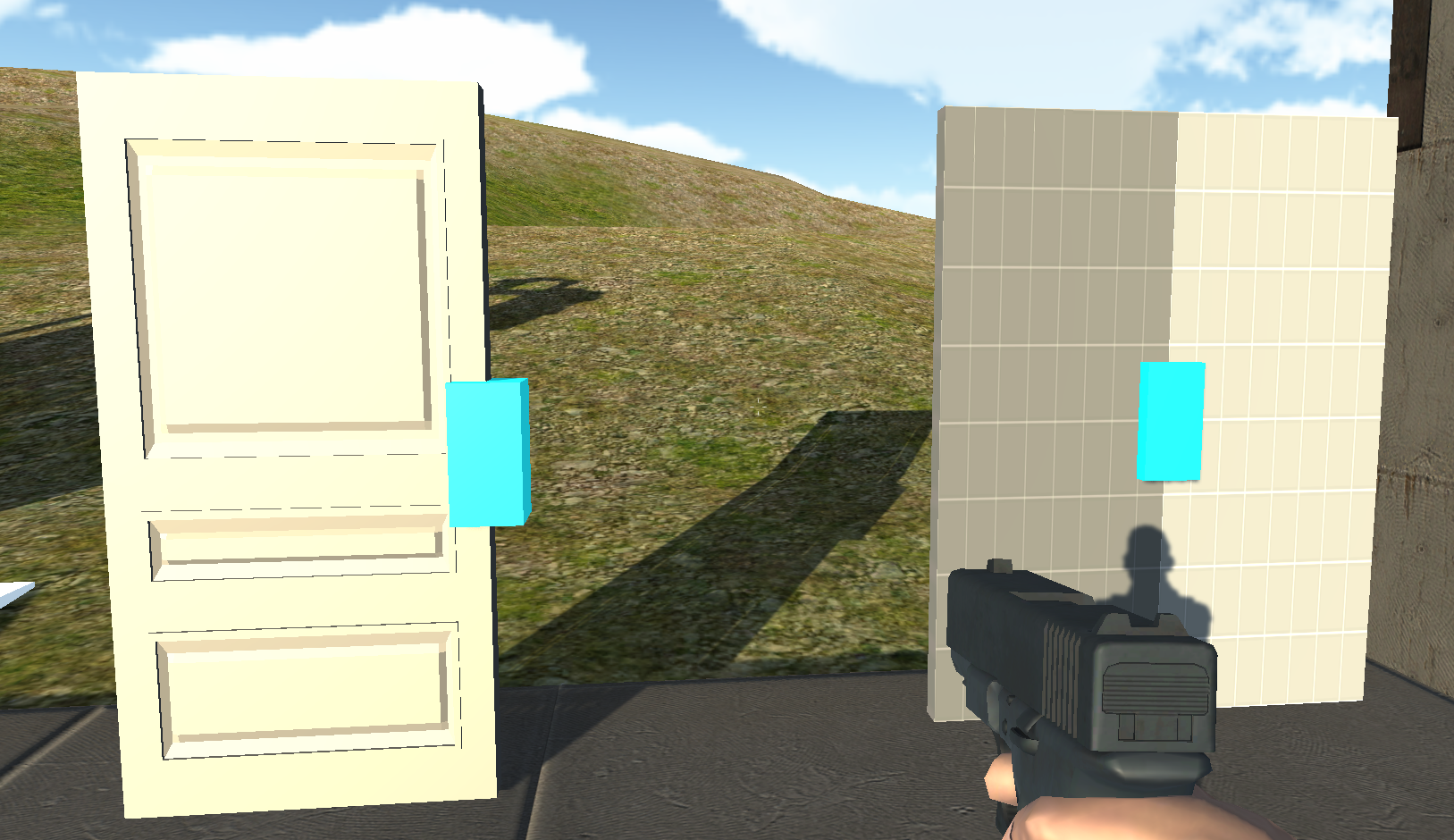 It’s not actually too hard to work around this issue – you can include the door mesh as a nested object and adjust the base doors collision mesh. This negates the issue entirely, but also makes the setup slightly less than easy. It still takes maybe a minute to setup a door this way, and you can save it as a prefab to avoid the hassle later.

Doors Free delivers on it’s promise of being a lightweight tool to open and close doors. It’s also free. There is definitely room for improvement, but the only difficulty could be worked around fairly easily. Overall, the asset provides a compelling counter-point to the “5-star only” mindset.

Sometimes functionality and simplicity have their place. Similar to the Fallout 3 train solution, why spend time on something when you don’t have to? (PC Gamer –Here’s what’s really powering Fallout 3’s metro train.) Sometimes a 4-star asset is all you need – and this asset fits that bill perfectly.